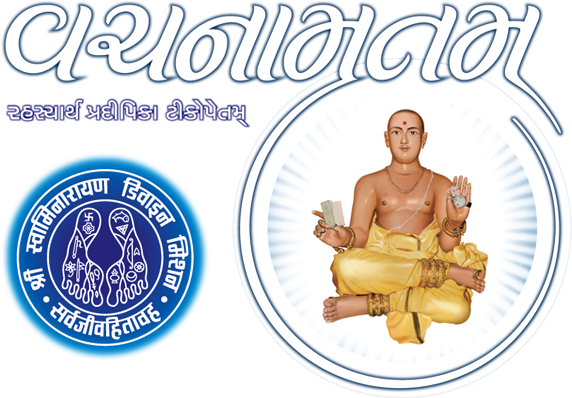 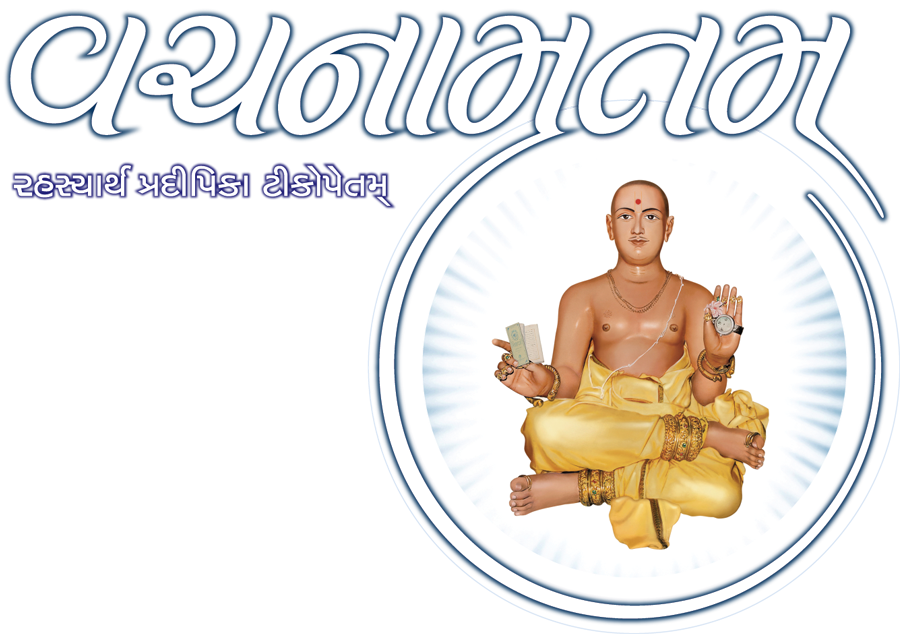 The religions across the world constitutes regional bond hence the scripture with scientific approach for global / universal bonding was long pending need. VACHNAMRUTAM and SHIKSHAPATRI are the prefect match and fulfilling the gap, where earlier one is science and the later is constitution. The doctrine VACHNAMRUTAM is an ultimate Gnosticism (source of knowledge of spiritual science) for spiritual scientists.

The spiritual scientist known as A.M.P.P Shri NARAYABHAI G. THAKKER says there is no bigger science than VACHNAMRUTAM exist on this earth.Therefore it is considered to be an essence of all worldly exist beneficent scriptures including VED, VEDANT, Upanishads -mystical knowledge, SANKHYA Shashtra, YOGA Shashtra , Gita Bhashya - (Translation from poetic scripture) , VYAS Sutra (Series of Mythological stories by Sage Vyas).

A.M. Sadguru Shri GUNATITANAND SWAMI, used to convey this publicly by saying “These VACHANMRUTAMs were read numerous times but, it was understood better when explained by Great Sadguru A.M.P.P. Shri GOPALANAND SWAMI. Thus it gives immense divine joy and understanding every time we read it.

Now in this diverged religion age, it is necessary that epistemology (Science of that Knowledge) of this great scripture is passed on to us for omni benefits. A.M.P.P. Shri ABJIBAPASHRI accomplished this beyond all reasons by etymologically ( Fundamentally true meaning and value of words in the scripture) narrating expectations of this divine scripture.

The distinctiveness of the VACHNAMRUT RAHASYARTH published by Shri Swaminarayan Divine Mission are :

1. The commentary by A.M.P.P. Shri ABJIBAPASHRI, which resolves and puts all doubts to rest, with cross references of different chapters of VACHANMRUTAM,

4. Indexing of topics briefed in commentary made by A.M.P.P. Shri ABJIBAPASHRI.

The key benefits for the readers are :

1. Those who read this are relieved from wrath and inner enemies like anger, greediness, ego , jealousy , sensuality etc.

2. Those who read this VACHNAMRUT RAHASYARTH to delight supreme lord achieves glory of HIS adobe (Akshardham),

3. Those who understands epistemology ( Science of the Knowledge) of this doctrine from emissary (Supreme Lord's messenger on a secret mission) of supreme divine being they attains glory of being Anadi Mukta- The highest emissary of supreme lord.

This e-book is an effort to enable one and all to attain delightfulness of the only GOD known as SUPREME LORD SHRI SWAMINARAYAN.